Henderson Commons is located at 166 Dabney Road convenient to the I-85 South Exit for the majority of the retail for Henderson, NC. Both Lowes Home Improvement and Aldi occupy this site.

Henderson serves as the county seat of Vance County and as the retail hub of the surrounding counties of Granville and Warren in North Carolina and Mecklenburg and Halifax in Virginia. Hwy 85, US 1 and Hwy 39 make Henderson a logical choice for convenient shopping. 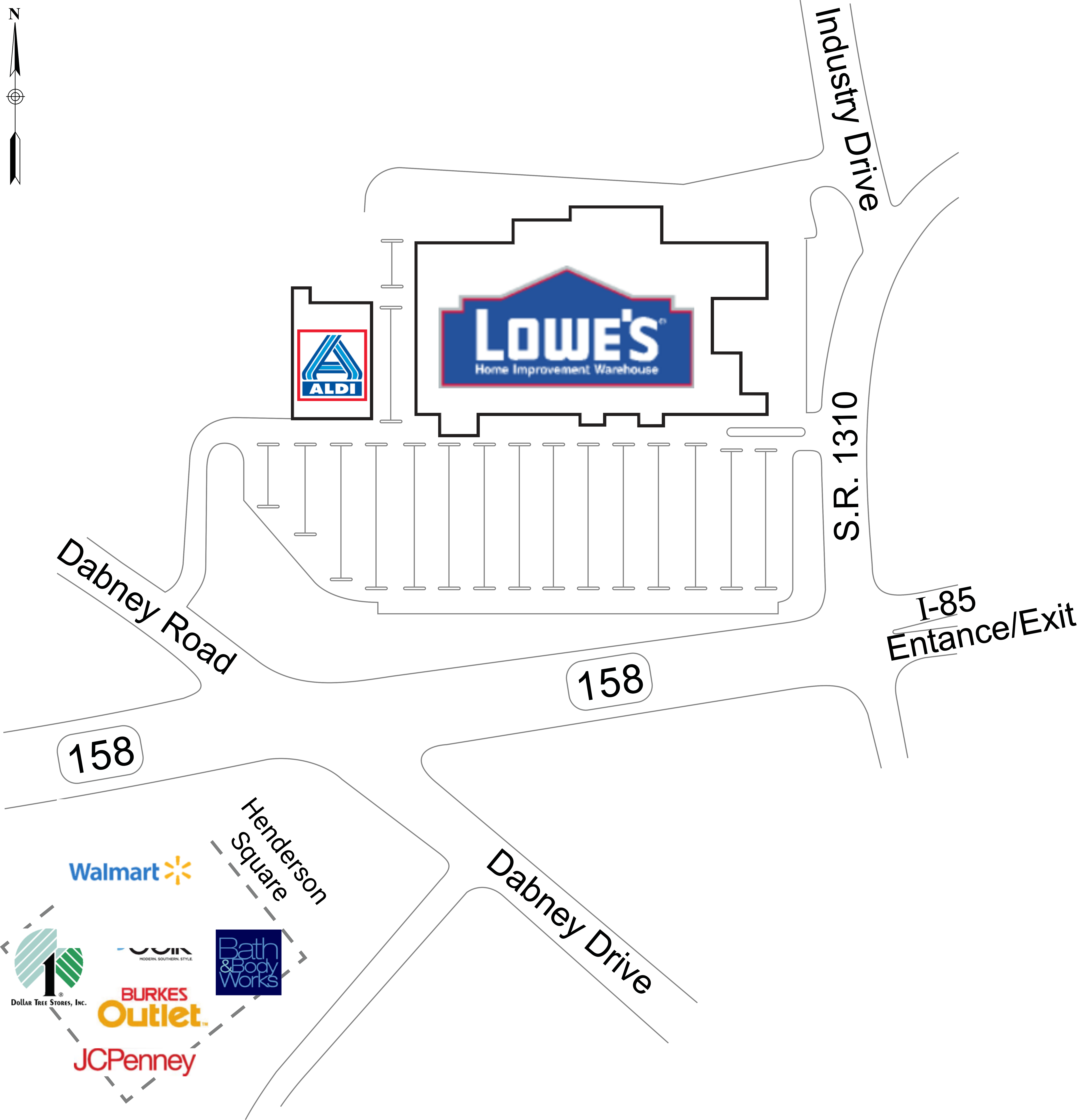